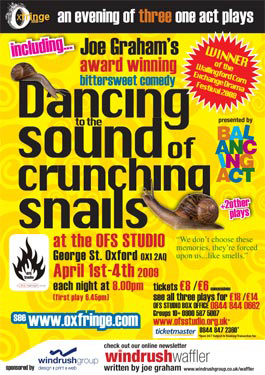 A play about memories. How we remember events form the past is never the same as how someone else remembers. Katy and Sam are expecting visitors for Boxing Day but Katy is nervous. Her sister Sara turns up without the other visitor in tow as planned. Eventually he arrives. their estranged father Howard, who left the family home when Katy in particular was almost too young to remember. An uncomfortable evening progresses and climaxes, in a remarkable game of monopoly, as memories are stirred