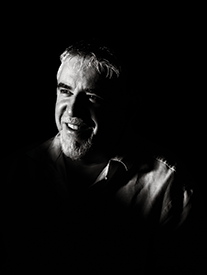 Joe also works with his own theatre company, Balancing Act to produce his work locally in Oxford, directing  DANCING TO THE SOUND OF CRUNCHING SNAILS,  A FISTFUL OF MONDAYS (to become RHINESTONE MONDAYS), FUN RUN and SPARE PRICK at the OFS Studio in Oxford. In 2015 he also wrote and produced the family musical QUASIMODO AGOGO, with brother jim writing the score.

Joe wrote and performed a short piece I GET THAT A LOT at the Chipping Norton Theatre as part of PAINES PLOUGH’s COME TO WHERE I’M FROM initiative.

Joe has more recently turned his writing skills to Screenplays and is looking to progress that side of his work in the future with some scripts in development.